Black boxes was an exhibition that focused on modes of cultural representation, specifically those of ethnographic display and the material manifestations of the tourist industry in South Africa. The project was premised on the viewpoint that culture is mutable, whereas cultural classification is an inorganic and divisive process. It presented 99 units, grouped by language and government departments and containing paper weapons constructed from recent government speeches. The role of labelling was central to the work, as the objects in each set of nine (department) boxes were identical, yet each box was labelled with one of the eleven official languages for each series, alluding to the arbitrary and imprecise relationship between language, object and meaning. Misclassification, inaccurate translation and misunderstanding are inevitable consequences of cultural ordering and were inherent to the project. 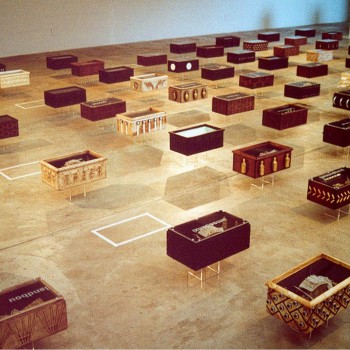 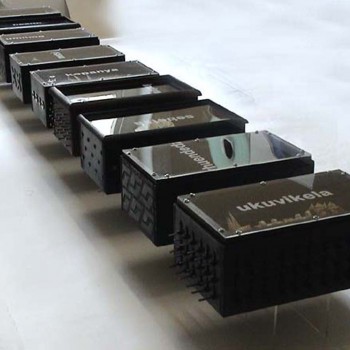 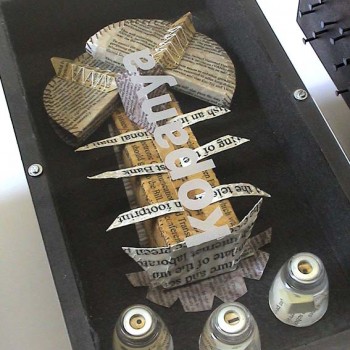 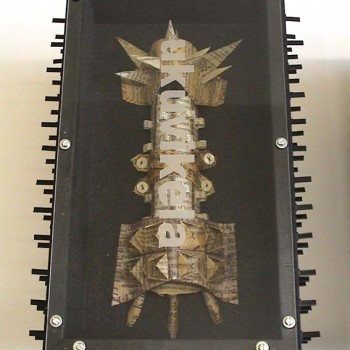 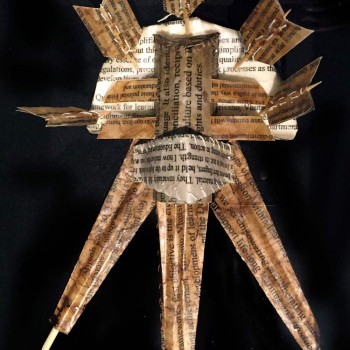