This work was inspired by recent concerns in genetic research, namely genetic engineering (and its implications) and the human genome project which seeks to map all human genetic material. CODE was a work of 23 compartmentalised boxes that referred to the unpaired human chromosome both in shape, design and number. This work similarly represented the human chromosomes in number (22 + the X and Y) within a modular format, the implication being that they can be spliced and rearranged to order. The boxes contained references to helixes, nucleic acids sequences (GTAC), and body parts. They were filled with etchings, collographs, cast elements and found machine-manufactured objects. Printing processes and machined objects are intrinsically related to reproduction and were thus apt mediums for the representation of genetic replication. The X and the 0 were frequently repeated icons: the X indicates both selection and deletion while formally resembling chromosomes, while the 0 indicates absence and selection (ringing vital information) and refers to targets and lenses in shape. Layering was used as a metaphorical tool: the acrylic cases contain visual information that obscures or reveals the images behind them. The work is involved with the notions of selection, deletion, replication, mapping, ordering and absence and does not seek to define or provide answers, but rather to suggest possibility. CODE (1998) and works Select-Delete-Copy (ABSA Atelier) and ‘n Opening is ‘n Skeur (Bloedlyn 1999) found visual equivalents for selection and deletion by obscuring and revealing the image and finding physical form for these encrypted fragments of information.

Bloedlyn, curated by Lien Botha (and including artists Berni Searle, Mark Coetzee and Thembi Goniwe) paired artists with writers. The work, ‘n Opening is ook ‘n skeur responded to a poem by Ingrid Winterbach/Lettie Viljoen. Working with my established interests in genetics and the body, the series of cases also refer to her cyclical texts of the many aspects of woman, the mother, daughter, lover, queen, virgin enchantress and whore. The series is divided into 8 units, beginning and ending with the mother. The short and long cases have been conceived as a system of morse code, spelling bloedlyn and referring to the coded signal system between artist and writer. 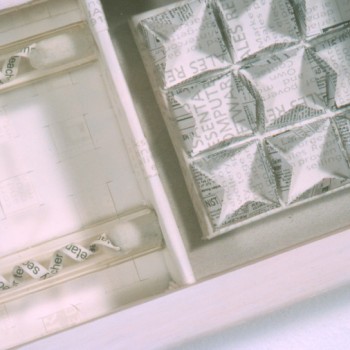 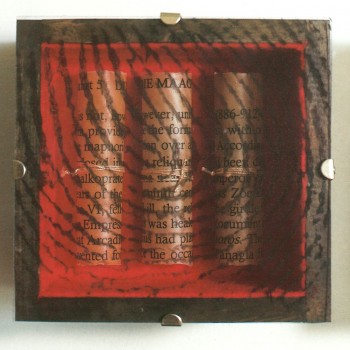 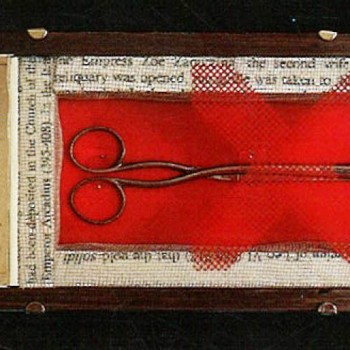 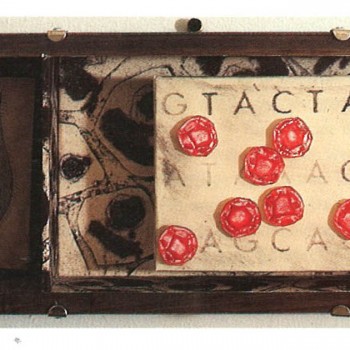 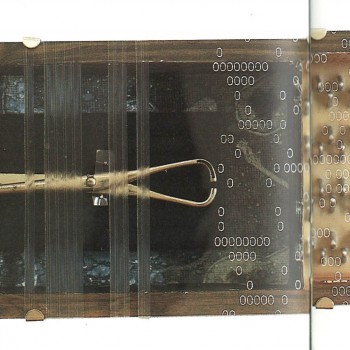 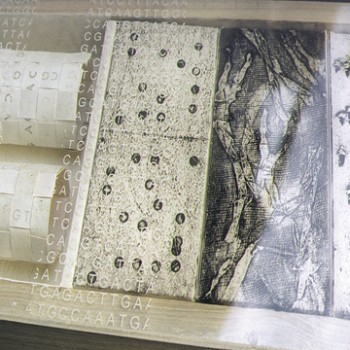 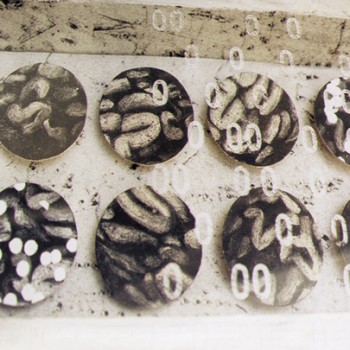 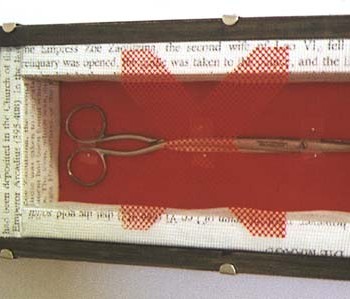 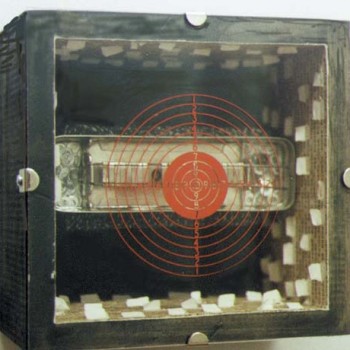 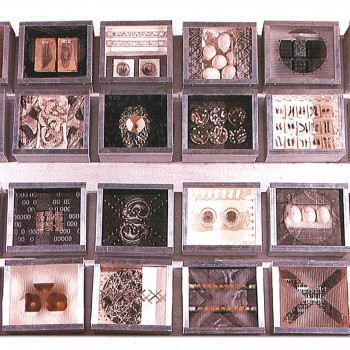 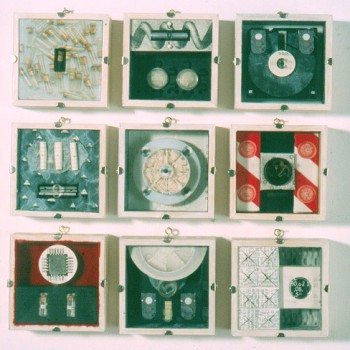