The Extinction series of four long linocuts refers to the history of western scientific observation, the politics of nature study, and the construction of natural history in museum and book form. They are compositionally based on Renaissance hunting tableau and drawn from natural history museum iconography, the mass food industry, global disasters and industrial landscapes.

The Settler series translates old trees in the Cape Town suburb of Constantia into large linocuts. Representative of a colonial history, the trees by their particular forms (broken, smothered, truncated) point to an ending, and since their initial documentation, all have been felled.

An etching series of ten 10 x 10 cm prints began with an image of grass taken at Lake Michigan, Chicago, the site of the Eames brother’s 1977 Powers of Ten video. This was followed by nine 10 x 10 cm etchings of environmental disasters, that have equivalent formal values to the initial grass image, but taken at a proximal remove. In this way, attention is drawn to relative perspectives and magnitudes of crises.

Manifest: 300 hands of St Francis is a large-scale monoprint that translates hands sourced from more than 100 images of St Francis.  The cult of St Francis marks a time in Italian Renaissance art when images of Christ became more visceral, and pain and sacrifice became the foregrounded subject of this genre of painting. 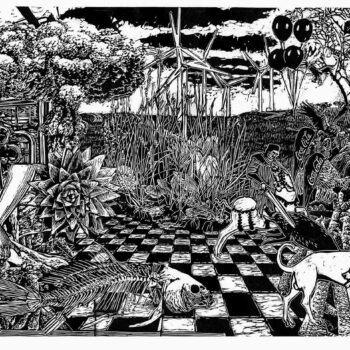 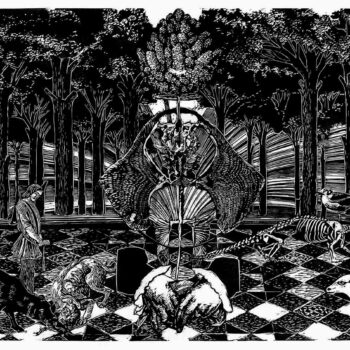 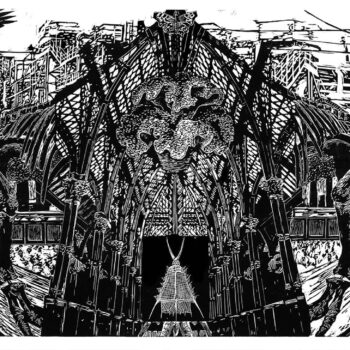 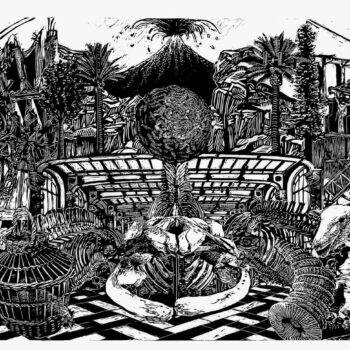 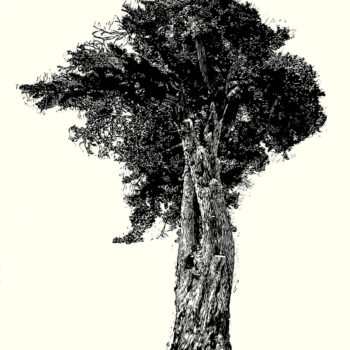 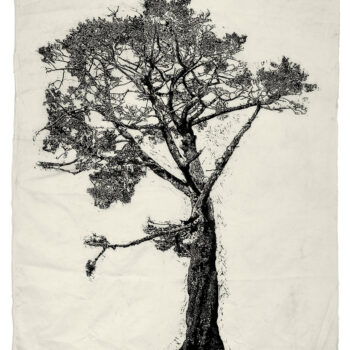 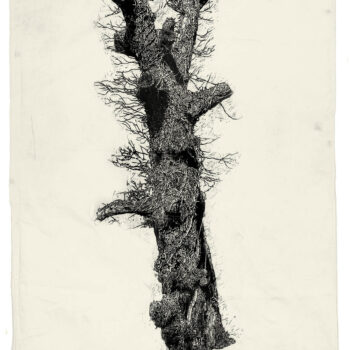 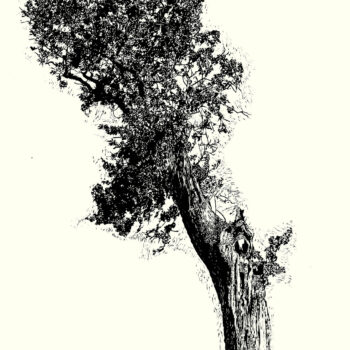 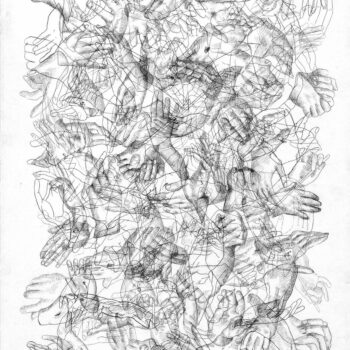 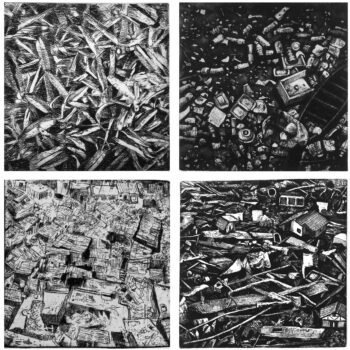