The exhibition marks 500 years since the production of Albrecht Dürer’s famous wood engraving of a rhino. As part of a diplomatic exchange between Afonso de Albuquerque, governor of Portuguese India, and Sultan Muzafar II, an Indian Rhinoceros – Rhinoceros unicornis, was gifted to Portugal. In January 1515 the Nossa Senhora da Ajuda, set sail from Goa for Lisbon, laden with a cargo of spices and a single pachyderm in the hull. After 120 days below deck, during which time the ship rounded the Cape, the rhino, known as Ganda, landed in Portugal and was sent to the Emmanuel I’s royal menagerie in the Ribeira Palace. After an unsuccessful staged battle with two elephants, she was ‘re- gifted’ to Pope Leo X in Rome. Adorned with a gilded chain, a green velvet collar, and a garland of roses and carnations, the rhino drowned when the ship sank near Marseilles. Thus moving between oceans, through depths and layers of visibility, the rhinoceros emerges as an image.

It is believed that Dürer never saw the rhino, basing his print on a sketch by a contemporary artist. This was to become one of the most reproduced images of natural history in Europe, enduring as a primary reference for at least 300 years. It is impossible to reflect on an image of a 500-year-old rhino without consideration of the threat to rhinos today, and while works on exhibition do not make this explicit, there is an associative violence in the construction of a print matrix and violence to the rhino itself. The story of Ganda is one of power, colonialism and domination. The image represents the rhino as both curiosity and sacrifice, celebration and commemoration: a transitional animal, moving between states, between water and land, knowledge and imagination, belonging and loss. 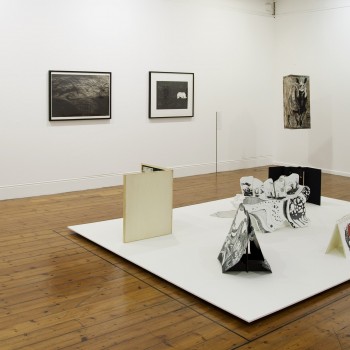 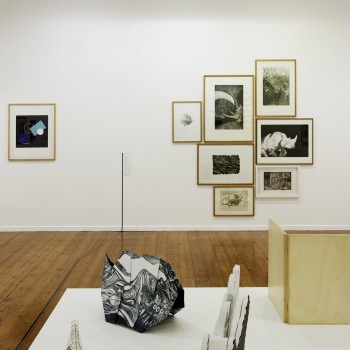 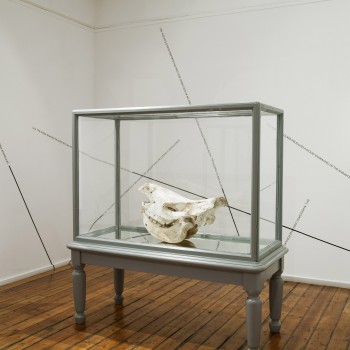 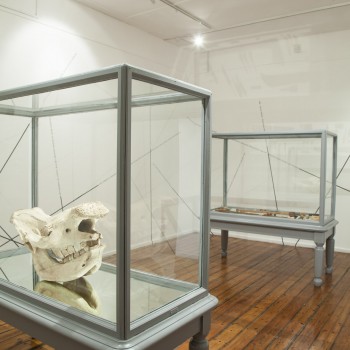