While working on this exhibition, the concern of the gallery administration for the preservation and control of the space started to impact on the direction of the work. The consequence of this was that the initial interest in surveillance, monitoring, recording and documenting translated into work that is self-reflexive: meaning became entirely contingent on and embedded in the space itself.

The exhibition comprised of five series of objects and images in numbers of 48 – (half-hour cycles that monitor space over time). In the main gallery objects reminiscent of lenses, smoke detectors, motion detectors and other objects of spatial control protruded from three surfaces of the room. Their presence resonating with the existing objects in the space: the lights and the existing smoke detectors. Screenprinted images that detail the gallery cast shadows onto the remaining two walls. The work used whiteness, shadow and absence to suggest a hidden, subtle presence. 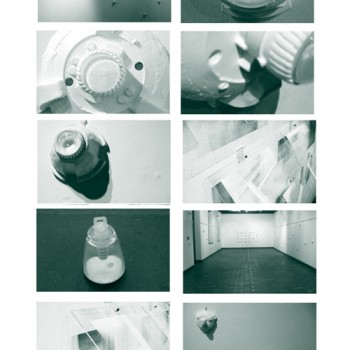 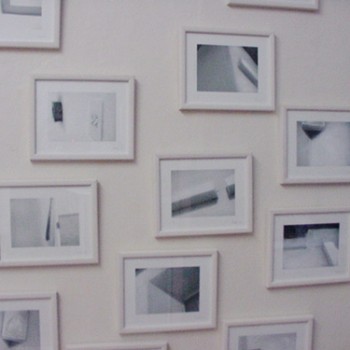